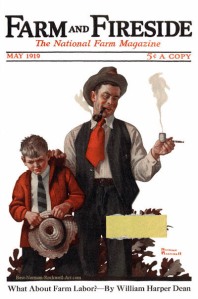 Even if we’ve never actually said those words aloud, chances are good there have been times when we’ve all lived out the meaning of this familiar refrain. I’ll be the first in line to admit it. For starters, I’ve been a dad for 35 years–so there you go! (I’ve been a grandpa for a year and a half, but that’s a whole other issue!)

This week we find, in Matthew’s Gospel account, Jesus confronting the scribes and Pharisees. (Okay, I’ll also admit to having been a “religious scribe” for 25 years, but for the sake of this argument let’s set that to one side for now.) Chapter 23 starts what is sometimes known as the “Woe to the Pharisees” section of the Gospel. They were the staunchly religious, most visibly pious members of first-century Judaism. Some scholars say Matthew included so many stories about the Pharisees because they were the biggest critics and opponents of his post-70 C.E. Christian community (which included gentiles with Jews). That may well be, although this passage is equally valid as an “eyewitness account” from the time of Jesus:

Then Jesus said to the crowds and to his disciples, “The scribes and the Pharisees sit on Moses’ seat; therefore, do whatever they teach you and follow it; but do not do as they do, for they do not practice what they teach. They tie up heavy burdens, hard to bear, and lay them on the shoulders of others; but they themselves are unwilling to lift a finger to move them. They do all their deeds to be seen by others; for they make their phylacteries broad and their fringes long. They love to have the place of honor at banquets and the best seats in the synagogues, and to be greeted with respect in the marketplaces, and to have people call them rabbi. But you are not to be called rabbi, for you have one teacher, and you are all students. And call no one your father on earth, for you have one Father—the one in heaven. Nor are you to be called instructors, for you have one instructor, the Messiah. The greatest among you will be your servant. All who exalt themselves will be humbled, and all who humble themselves will be exalted. –Matthew 23:1-12 NRSV

Theologian Karl Barth famously said, “We have to read the Bible in one hand, and the newspaper in the other.” With that in mind, a glance at the front pages of newspapers this week includes three major stories: The first indictments and a conviction in the Trump/Russia investigation; yet another terrrorist attack–killing eight in New York City; and congressional Republicans try to find enough consensus to introduce a major tax-cut plan.Before I get to those, here’s a little musical interlude featuring the late, great folk singer Woody Guthrie:

Economic inequality continues to grow in the United States, where it’s obvious that the wealthiest 1% of society is getting richer and more powerful while the remaining 99% pay for that through their sacrifices. More than a few voices raise concern that any new tax plan will make this even worse. Just about any student of the New Testament can tell you that Jesus had more to say about the topic of money (from wealth to poverty) as it relates to the kingdom of God than any other single topic. And so in trying to guess what Jesus would do today, I just can’t imagine him siding with the 1%.

Economic and social inequality was a hallmark of Jesus’ time during the height of the Roman Empire, as it continues to be today within the powerful embrace of global capitalism. The basic rules of empire haven’t really changed, only the individual actors. The kingdom of his heavenly Father that Jesus proclaimed is unlike the kingdoms and empires of this world. Confronting that truth meant, for Jesus, a path that led to Calvary. He could have avoided that, the Gospel writers tell us, but he didn’t. The power behind Jesus proved to be far greater than the power behind Caesar. We celebrate that every Easter, in particular, and in general every other day of the year.

Ten years ago, after the 9/11 terrorist attacks, the drumbeats for war began to grow louder and louder in the United States. First came the war response in Afghanistan, followed soon after by contentions that Saddam Hussein’s Iraq held huge stockpiles of so-called Weapons of Mass Destruction (and alleged ties to the 9/11 terrorists). In the intervening years 4,499 Americans died in the Iraq War, with tens of thousands injured (and who knows how many suffering post-traumatic stress), and at least 100,000 Iraqis killed, with hundreds of thousands more injured and/or permanently displaced. The financial cost of the war to the U.S. taxpayers is estimated somewhere around $1 trillion (and basically “paid for” by going in debt).

We’ve since learned, of course, Saddam had no WMDs or al Qaeda ties. Oops. And so the U.S. government shifted its reasoning mid-war to the idea of establishing a working democracy in Iraq, with hopes that would spread throughout the Mideast. In December 2008 President Bush announced a binding agreement with the Iraqi government for all U.S. military units to leave that country by December 31, 2011. You might not remember that, but you probably remember that an Iraqi threw a couple shoes at him during the press conference.

Lone-wolf terrorists continue to bring death and destruction throughout the world. Sadly, there’s not much that can stop them, other than vigilence by the public and first-responders as a deterrent. Politics in a democratic society can be messy and dangerous in different ways, too. In time we come to accept a “new normal” in our way of life.

All of this brings us back to Jesus’ proclamation that the kingdom of God and the kingdoms of earthly empires, by definition, occupy opposite ends of the spectrum.  Was Jesus just crazy to say that “the greatest will be your servant” and “the first will be last and the last will be first”? That what we do and say should be the same? Or was he on to something we need to seriously consider here in the 21st century?

Rich Brown is a writer, blogger, editor, and publisher. His most recent book is "Speak to the Bones: How to Be a Prophetic People in a Time of Exile" (Isaac's Press).
View all posts by Rich Brown →
This entry was posted in change, community, discipleship, empire, equality, justice, Kingdom of God and tagged Gospel of Matthew, healing, Hope, Jesus, marginalized. Bookmark the permalink.