It’s next to impossible to get preachers to agree on just about anything, but there is almost universal agreement that this week’s Gospel lection from Luke 16 (known by several names including the parable of the unjust steward) is one of the most challenging–if not the most difficult–parables on which to preach.

Then Jesus said to the disciples, “There was a rich man who had a manager, and charges were brought to him that this man was squandering his property. So he summoned him and said to him, “What is this that I hear about you? Give me an accounting of your management, because you cannot be my manager any longer.’ 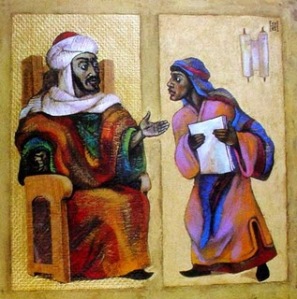 Then the manager said to himself, “What will I do, now that my master is taking the position away from me? I am not strong enough to dig, and I am ashamed to beg. I have decided what to do so that, when I am dismissed as manager, people may welcome me into their homes.’ So, summoning his master’s debtors one by one, he asked the first, “How much do you owe my master?’ He answered, “A hundred jugs of olive oil.’ He said to him, “Take your bill, sit down quickly, and make it fifty.’ Then he asked another, “And how much do you owe?’ He replied, “A hundred containers of wheat.’ He said to him, “Take your bill and make it eighty.’ And his master commended the dishonest manager because he had acted shrewdly; for the children of this age are more shrewd in dealing with their own generation than are the children of light. And I tell you, make friends for yourselves by means of dishonest wealth so that when it is gone, they may welcome you into the eternal homes. “Whoever is faithful in a very little is faithful also in much; and whoever is dishonest in a very little is dishonest also in much. If then you have not been faithful with the dishonest wealth, who will entrust to you the true riches? And if you have not been faithful with what belongs to another, who will give you what is your own? No slave can serve two masters; for a slave will either hate the one and love the other, or be devoted to the one and despise the other. You cannot serve God and wealth.” The Pharisees, who were lovers of money, heard all this, and they ridiculed him. –Luke 16:1-14 NRSV

And so where does a preacher begin with this one? On the surface it appears that Jesus is counseling his disciples to be unscrupulous, dishonest, underhanded, sneaky, corrupt–well, you pick the word you like that appears to fit best. There are multiple interpretations possible, and if you’ve attended church long enough you’ve probably encountered more than one. Rather than take one of those routes, let’s back up a bit and try to approach this one from a perspective that is unexpected and maybe unusual (Okay, some might substitute “appalling” or “heretical” but let’s take this path anyway).

Perhaps in reading the scripture passage in the block quote above you noticed that I included an extra verse (the lectionary ends with verse 13): The Pharisees, who were lovers of money, heard all this, and they ridiculed him. That may well provide one key to unraveling this scripture. Most of us are a little uneasy bringing up the topic of money in church, unless of course it’s connected in some way with a fund-raising drive or annual budget/tithing talks. Of course, we shouldn’t be, because Jesus talks about money a lot! And so why shouldn’t we?

Also, we have a tendency when dealing with Jesus’ parables to automatically turn them into allegories. When doing so, we jump to the conclusion that characters such as kings, rich men, “masters,” or the like must be stand-ins for God. But what if they’re not? What if these stories (and that’s another thing: let’s look at them as stories Jesus told rather than weighing them down with the title “parable”) aren’t really about God? Notice that verse 14 tells us that Jesus most likely told this story to his disciples knowing that Pharisees–“who were lovers of money”–would hear him. He did love to get them going now, didn’t he. 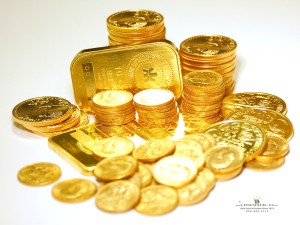 We in the church are probably so used to hearing that the love of money is the root of all evil that we don’t hear the “love of” part of that sentence. But money is not evil; it’s necessary and useful, for the church as well as everybody else. Maybe Luke includes this story (and remember he’s as much a part of the narrative as Jesus, his disciples, and the eavesdropping Pharisees) to get across exactly that point.

Yet how is it that two thousand years later we church folks are so hesitant to bring up the topic of money? Incredibly, it’s fairly common within the church for people to look down their noses at people with wealth and exalt the poor as more noble. Neither the abundance of money nor its lack is by itself any indication of moral or spiritual superiority. Sure, money can’t buy happiness, but by the same token it can help stave off a good deal of discomfort, at least.

In this story the manager who’s just been fired and concocts a plan to ingratiate himself with all of his master’s debtors is hardly a model on which we should base our own moral character. And then there’s the whole illegality aspect! But he is shrewd and knows how to turn a bad personal situation around.

Somewhere in all that there may reside a lesson for us today in the church. How much do we actually value people in the church who know how to first use money wisely and responsibly? And second who know how to turn bad situations into good ones–legally, of course? Is it possible that we can praise both the person who gives everything away to help the poor, needy, and marginalized and those who use what they have through shrewd investment to improve the situation of those same individuals and groups?

I recall a line in the familiar song from the musical Cabaret: “Money makes the world go ’round….” There’s negative and positive aspects to that basic truth! There are many ways to serve God. That helps explain why those Pharisees ridiculed Jesus after hearing him speak. And it should spur us to have frequent, open, and honest discussions of money in the church.

My book, What Was Paul Thinking? is now discounted at both Amazon.com and Barnes& Noble.com in print ($10) and e-book ($5.99) editions. If you’ve ever wondered just what Apostle Paul was getting at (and let’s face it, Paul can be hard to understand and appreciate at times) this is a good place to start.

Rich Brown is a writer, blogger, editor, and publisher. His most recent book is "Speak to the Bones: How to Be a Prophetic People in a Time of Exile" (Isaac's Press).
View all posts by Rich Brown →
This entry was posted in commandments, discipleship, forgiveness, integrity and tagged Gospel of Luke, Jesus, money, Parable of the Unjust Steward, Pharisee. Bookmark the permalink.